Why is Saint Theodosia of Constantinople Important Today?

Who is Saint Theodosia of Constantinople?

Saint Theodosia of Constantinople, an eighth century nun, is getting a rush of free press these days as a known defender of holy icons. She commissioned many icons, both gold and silver, of our Lord, Jesus Christ, Theotokos, and St. Anastasia. She lived to witness the rise of iconoclasm.

She and a group of other devout women stopped a soldier from removing the ancient icon of the Savior when the soldier climbed up the ladder to carry out the order. For their actions, the women were beheaded. St. Theodosia suffered greatly prior to her death. Imprisoned for a week, she received one hundred daily lashes and was finally killed, but not before they beat her unmercifully as they led her to her death.

After her death, the faithful visited her tomb and sought her help. Many, it is attributed, received healing. Today, St. Theodosia of Constantinople is a beloved saint of both the Roman Catholics and the Greek Orthodox. Catholics celebrate her feast day on July 18, while the Greek Orthodox commemorate her on May 29.

The rise of modern iconoclasm

There is an old adage of history that bears repeating:

Those who do not learn history are doomed to repeat it.

Iconoclasm has once again reared its ugly head. Bad enough with the burning of Notre Dame cathedral last year, but we now witness the destruction of our Catholic art and architecture everywhere.

Recently, vandals attacked a statue of Saint Junipero Serra in San Francisco. This is not new. In 2015, vandals desecrated the Carmel Mission saint’s burial site by pulling down the statue and defacing the cemetery and sculpture with paint and “terrible messages.” Not enough, the incidents have continued with other statues of the saint being beheaded and defaced.

As in Saint Theodosia of Constantinople's time, modern iconoclasm continues its march with even greater force. Is the movement limited to St. Junipero Serra? No. Is it focused only on Catholic statues? No. As one bishop stated, “The barbarians have come back.” Paintings, stained-glass windows, and all Catholic art is under siege. One individual recently called for what is basically a revival of full-blown iconoclasm: “Take down all images of Jesus.”

A saint who defends holy images

Saint Theodosia of Constantinople once again calls for the faithful to defend her beloved Savior and his holy image. Even as I write this, modern iconoclasm leaps forward: the news is reporting the desecration of a statue of Jesus outside a Catholic church in Florida. Vandals beheaded the statue.

This should be a call heard by all Catholics, certainly devout Catholics, to look upward and hear the call of this saint. She is ready and waiting for you to ask for her intercession. She yearns to add her voice to your prayers. Give St. Theodosia of Constantinople a voice in this modern age. Ask this glorious saint for help.

A commemoration hymn for St. Theodosia

Your lamb Theodosia, O Jesus,
Calls out to You in a loud voice:
I love You, O my bridegroom,
And in seeking You, I endure suffering.
In Baptism I was crucified so that I might reign in You,
And died so that I might live with You.
Accept me as a pure sacrifice,
For I have offered myself in love.
By her prayers save our souls, since You are merciful.

St. Theodosia of Constantinople, pray for us!

If you would like a versatile and unique holy reminder of the valiant Saint Theodosia of Constantinople, why not consider the MY HOLY HOUR – St. Theodosia of Constantinople journal? This lined, blank journal is an ideal prayer companion during holy hours, mass, scripture and catechesis study, and, especially during adoration. The MY HOLY HOUR JOURNALS are a unique way to keep holy images for contemplation near you and to have a journal to write in at the same time. READ MORE 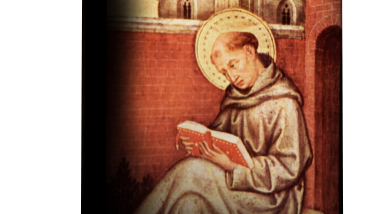 Our Lady of Joy 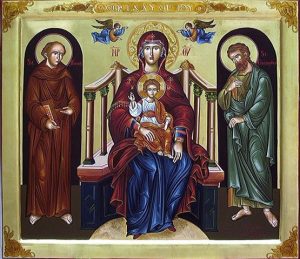 Being Catholic Day by Day is a participant in the Amazon Services LLC Associates Program, an affiliate advertising program designed to provide a means for sites to earn advertising fees by advertising and linking to amazon.com.